Skip to content
0 Shares
Share
Tweet
There is an UNCONFIRMED information which Stickboy Bangkok posted on his site. He said he received an information from a reliable source that officers from Thonglor Police Station will be carrying out passport checks tonight, Friday 18th March, around the Asoke and lower Sukhumvit area looking for visa overstayers.
His source told him there will be checkpoints setup in Sukhumvit Soi 22 and Soi 23, and on Asoke near the Sino-Thai Tower. It is likely there will be others within Thonglor district. 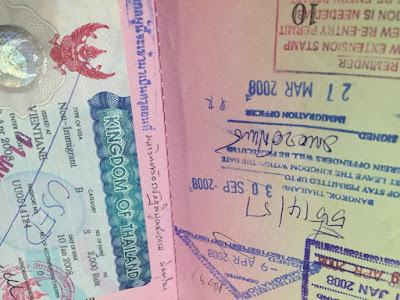 I know it’s a little late, but if you plan on hitting that part of town tonight, it’s safe to have your passport handy or a photo of your main passport page and current visa stamp saved on your phone.
The move I believe is related to the new blacklisting rules coming into effect on Sunday 20th March.
If you’re legal then nothing to worry about.
Sorry if this bothers you being UNCONFIRMED. “Pandagdag kaba,” according to some. I just want to give a heads up if this thing do go ahead.
Facebook Comments
0 Shares
Share
Tweet