Skip to content
0 Shares
Share
Tweet
Thai national heartthrob Jirayu “James” Tangsrisuk has an offer that probably other celebrities would accept without second thoughts. The 22-year-old soap actor who shot to fame in the lakorn “The Gentlemen of Juthathep” was offered THB1 million cash, a house, five rental apartments, and a 32,000 sq. m. empty land by his 70-year-old fan.
Yasothon native Tongbor Suwanchan, made local media headlines flaunting her title deeds and asset documents to the media on Tuesday, saying she will share out some of her treasure to the actor if he comes to pay her a visit. 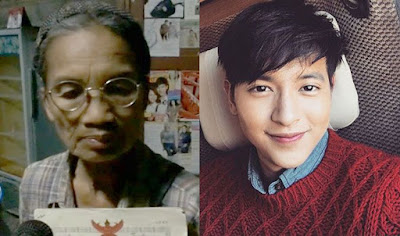 “If only I could see James in the flesh just once, I’d be happy to give him my assests and THB1 million cash as soon as I see his face,” Tongbor told Khaosod.

Grandma Tongbor, whose husband died several years ago, said her love for the actor is strictly platonic, Coconuts Bangkok reported.
She has been following James’ works over three years and revealed that she also collects magazines that bear the actor’s photos.
James, who is in Paris at the moment, posted a Youtube video of himself thanking the grandma for his support and love for his work. The actor didn’t mention anything of the potential fortune, though.
“Hello, I’m in Paris right now. Heard about the grandma. I’m so honored that you like me and my lakorn. Everyone involved is very happy that you love the work we produced. I wish you all the happiness in life and good health. I will produce quality works for you,” James said in the video.
Will Grandma Tongbor be able to see James’ face soon? Will James accept the offer? We will soon find out.
Facebook Comments
0 Shares
Share
Tweet