Phitsanulok, Thailand – Former MP for Phitsanulok Dr. Warong Dechgitvigrom of the Democrat Party, delivered a message to P’lok Pinoys, a Filipino organization in the lower north of Thailand during the organization’s sports festival held on December 6-7, 2015 at Buddhachinarajpittaya School. 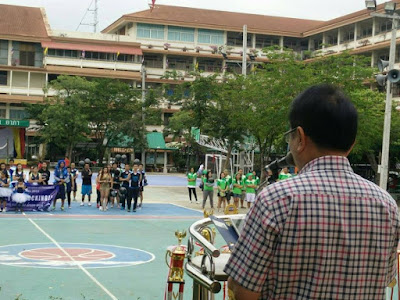 Former MP Dr. Warong thanked the organization for the invitation and encouraged everyone to foster camaraderie and sportsmanship at all times. He also wished that the games will translate into greater understanding, efficiency, and productivity of the organization.