Skip to content
0 Shares
Share
Tweet
The officers of P’lok Pinoys and myself were overwhelmed with the positive reactions of those who placed their interest in joining the English Language Proficiency Skills Development Seminar/Workshop on November 8th at Pibulsongkram Rajabaht University. 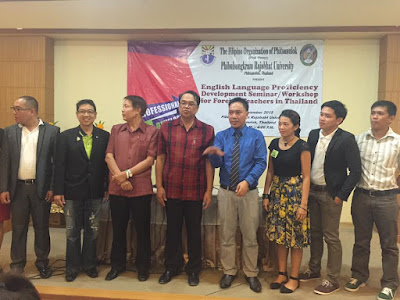 The number of participants was way bigger that we initially predicted. From a measly 20-30 expected participants, there were 70+ people on record coming from Phitsanulok and neighboring provinces. 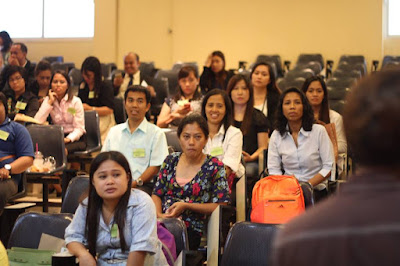 Anyhow, being the Professional Development Commissioner of our local Filipino group was actually a lot more tedious than I originally thought. Di naman kasi ako sanay sa mga ganitong mga bagay bagay at di naman din ako nag-gagaling galingan. There were lots of meetings, Facebook chats, calls and all possible means of communication for the planning and preparation of the said seminar/workshop. 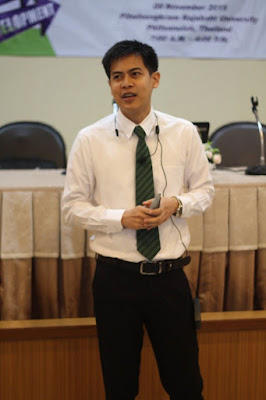 Not only that. Since we thought of partnering with Pibulsongkram Rajabaht University, getting their “Yes” wasn’t a walk in the park. There were lots of talks to people in position when we were requesting for a venue and the use of all the facilities, as well as requesting the president of the university as one of the signatories. 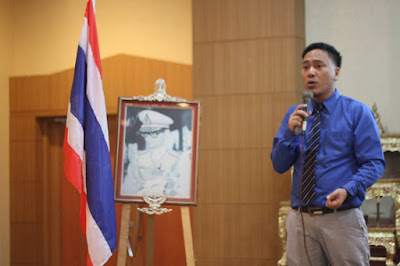 But judging from the evaluation forms we distributed minutes before the program concluded, the seminar/workshop was a success. The whole event was rated 8/10 by the participants. Those challenges and shivers were all worth it indeed! 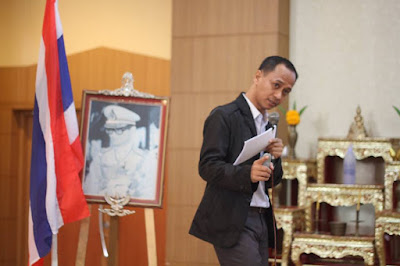 In behalf of P’lok Pinoyz, I would like to thank Dr. Sakorn Soisungwang, President of Pibulsongkram Rajabaht University and Dr. Buncha Samruayruen, Director of International Institute of Pibulsongkram Rajabaht University for granting our requests and for supporting the Filipino community in Phitsanulok. It’s an honor working with you and a pleasure partnering with you. 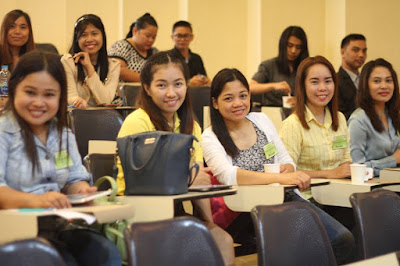 Special thanks goes to the President of P’lok Pinoyz Mr. Lorenzo Caballes and the officers for rendering overtime in cutting, pasting and preparing all the things needed. You are the rock of this organization. To the speakers for sharing what they know (me being one of them. Naks!). And to all the participants as well as those who worked behind the scenes but contributed to the event’s success, nonetheless. 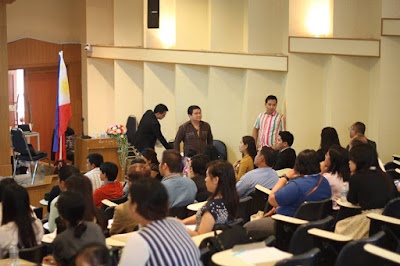 Your certificates will be handed to you this week. In fact, I’ll be getting them later this afternoon. Just got a call from the secretary telling me they are ready for pick up. 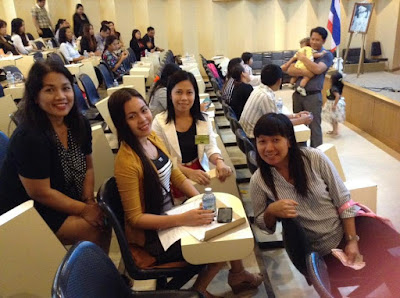 And just so you know, PSRU President spoke to me just before he left after delivering the opening remarks. He told me to organize similar event but with a bigger target audience in the future. Here’s what he said… 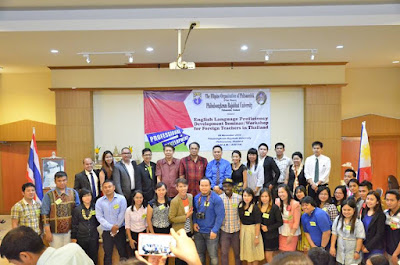 “Perhaps next time you can invite primary and secondary school teachers in Phitsanulok as well as lecturers at our university who might be interested in improving their English and in learning new strategies from Filipino speakers. Filipinos can also learn new and interesting things from Thai speakers about Thailand and its culture. After all, we are ASEAN. Let me know what you think. If you need some budget, don’t hesitate to contact me.”