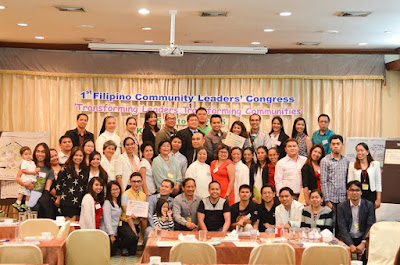 The event was attended by 55 registered participants both living and working in the Kingdom. 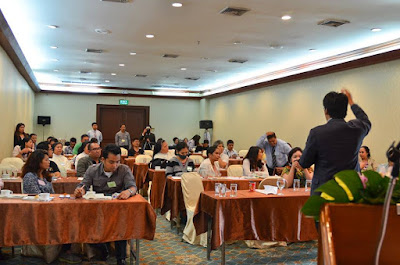 From my personal perspective I would say that the congress was successfully planned and executed. It was just a one day event, but I feel it could have been a lot more productive had the organizers pushed it to be done in two days. Demanding? Nag enjoy kasi ako eh! 🙂 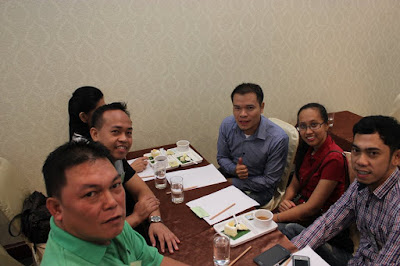 The congress was originally scheduled for two days however, due to some unavoidable circumstances, there were some changes made – sabi ng aming Plok Pinoyz President. But then again, the congress was successful nonetheless. Isang araw lang pero ang dami kong natutunan. 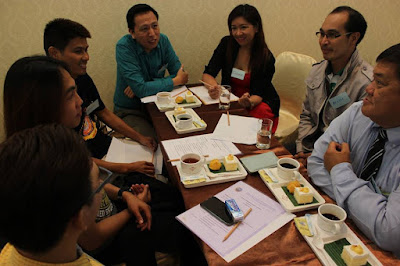 The morning session was filled with new and interesting stuff from Mr. Suthai Katima, a Filipino-Thai working at Khon Kaen University International College. 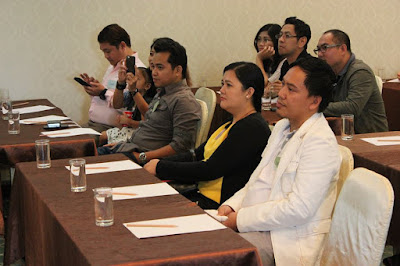 Mr. Katima presented “Transformational Leadership” and, being half Thai himself, gave informative finds about Thai culture and our Thai bosses in general. 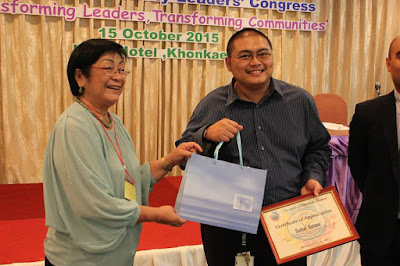 As much I would like to give a detailed explanation about what I learned regarding our bosses though, I’ll be keeping my mouth shut since the president of my university sometimes read my entries. Seriously, people at Rajabaht know about this blog and they read it sometimes. Anything I put here might be used against me and I don’t want to jeopardize my work. LoL. 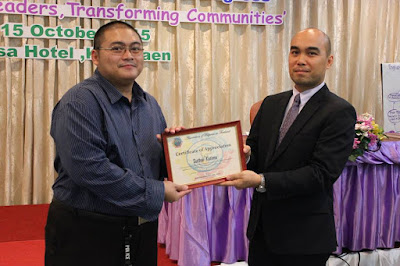 Moving on, since I drove at 12 midnight from Phitsanulok to Khon Kaern, my first ever long distance road trip, I failed to attend the afternoon session with Vice Consul Jim Gabrillo Minglana of the Philippine Embassy who covered “Bayanihan Spirit.” I was just wasted for roughly 5 hours of driving and cannot keep my eyes open. 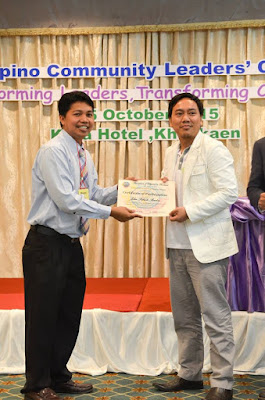 When I woke up a little past four in the afternoon, I went back to the congress to get my certificate and to see whether I could get some more infos. I didn’t expect that I’ll be feeling a bit of a celebrity when Sir Boi Et and his friends recognized me as the man behind Khon Philippine when my name was called to get the certificate. We exchanged pleasantries and shared some stories. Then, a few minutes later, the room was filled with the flickering lights from all direction. Di talaga mawawala yan. Mahilig tayong mga Pinoy sa picture-an. 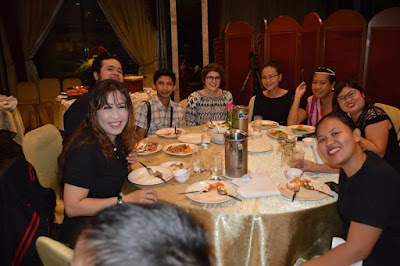 But the fun didn’t end there. After an hour rest, we headed on the 16th floor for the “Somtam and Adobo, a night with the Filipinos.” We had a sumptuous dinner and enjoyed the performances of our Kababayans who showcased their talents in singing and dancing. Grabe ka talented talaga ang mga Pinoy 🙂 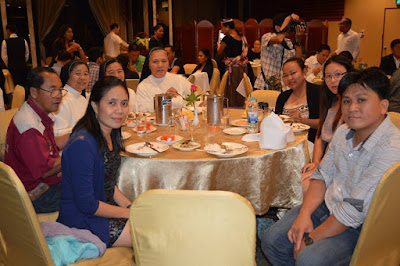 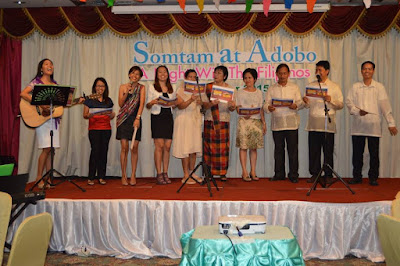