Skip to content
0 Shares
Share
Tweet
Bangkok’s Suvarnabhumi Airport was ranked first in a survey with the fastest average public WiFi download speed worldwide. The survey was conducted by Rottenwifi.com, a Wi-Fi service evaluator, whose users were reported to have tested and evaluated the quality of WiFi in over 130 airports in 53 countries worldwide. 5 European, 2 American and 3 Asian airports have made to Top 10 list as fastest WiFi airports. 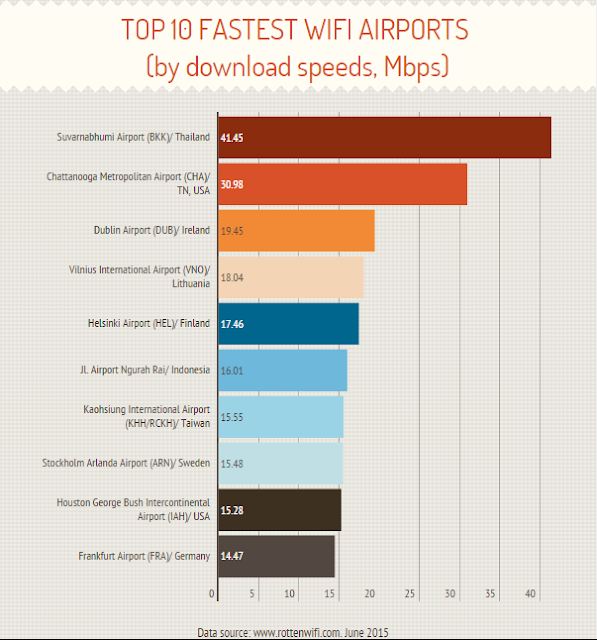 The internet speed at Suvarnabhumi Airport has a speed of 41.45mbps, enough for passengers waiting for their flight to watch videos that interest them without lagging.
It was followed by the Chattanooga Metropolitan Airport in Tennessee, USA at 30.98 mbps and Ireland’s Dublin Airport at 19.45 mbps.
The Wi-Fi at Suvarnabhumi is free. I was able to connect without much hassle during my flight home about a year ago. However, one must register their information to get two an hour of access.
So, in case your flight is delayed, frown no more because public Wi-Fi service will absolutely save your day!
Facebook Comments
0 Shares
Share
Tweet