Skip to content
0 Shares
Share
Tweet
The internet was swooped with frenzy after photos of “Phi Maak” star Mario Maurer half naked was first posted during the lottery-like draw for new recruits of the Thai army yesterday. 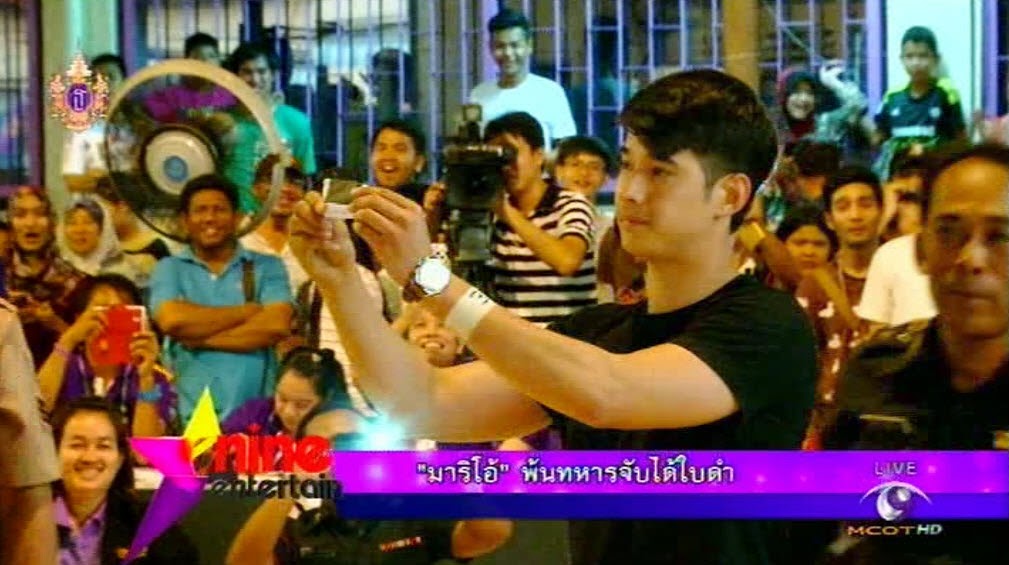 Hundreds of fans screamed with happiness when Maurer drew a black card at the military service draft yesterday. Black means Maurer will be exempted in joining the military, as opposed to the red which requires an individual to serve in the army for two years.
The German-Chinese actor and his pink nipples were the focus of the media yesterday after he took off that shirt and offered his chest to serve the nation, which obviously proved enough and now everyone is happy to keep him on TV.