Skip to content
0 Shares
Share
Tweet
A new survey has uncovered the countries in the world where people are most likely to cheat on their partners.
Using data from Match.com and The Richest, Statista has plotted the top 10 countries with the highest percentage of married adults who admit to being adulterous.
Thailand is the leader by quite some way, although it is interesting to note that the next nine are all European – including the UK in joint ninth place.
The chart below shows the world’s most unfaithful countries according to the website i100.independent.co.uk. Is your country on the list? 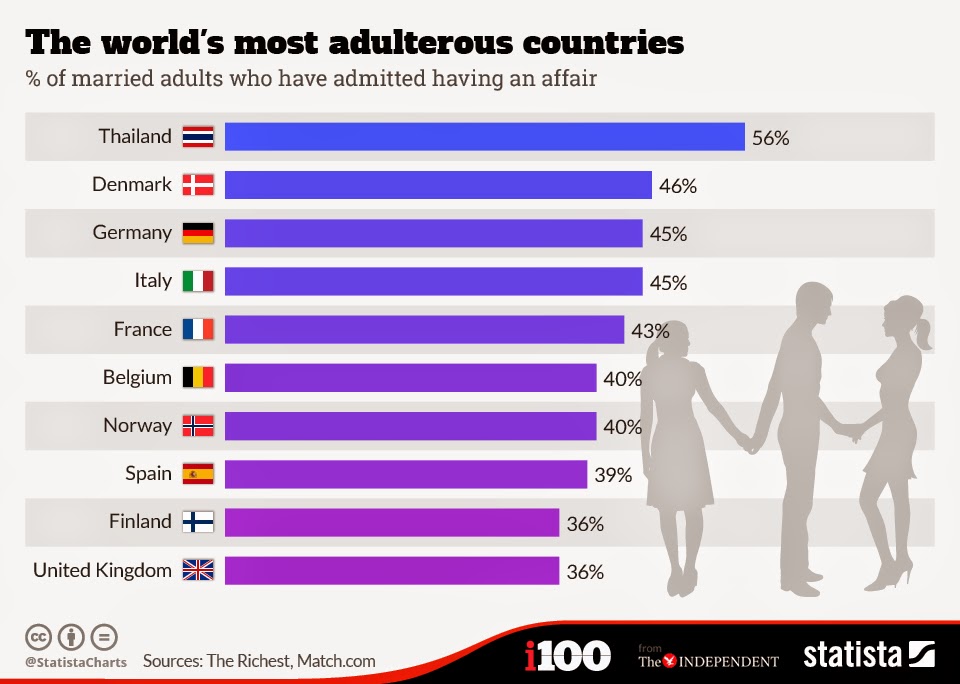 A person (especially men) having an affair with someone other than his/her spouse/gf is as normal as eating a pie – at least that would be my personal take the way I see things here in Thailand. I have Thai friends who have girlfriends, others are married, yet they are very vocal about their “giks” (lover, number 2, or something to that effect). I can still recall how one of them said, “It’s fun to have a so called play date.”
I believe every country has records of unfaithfulness. There’s no exception. That said, there are also honest ones and faithful partners in my country, in your country, and Thailand is of no exception!
Facebook Comments
0 Shares
Share
Tweet