Skip to content
0 Shares
Share
Tweet
I arrived at Wat Sapansam School at about 8:30 in the morning and saw the security guard busy directing traffic. I noticed that those who arrived earlier opted to park their vehicles under the trees and pretended not to know that their cars were slightly blocking the way for other motorists on the other side. Did I park mine just like the rest? Guilty as charged here. 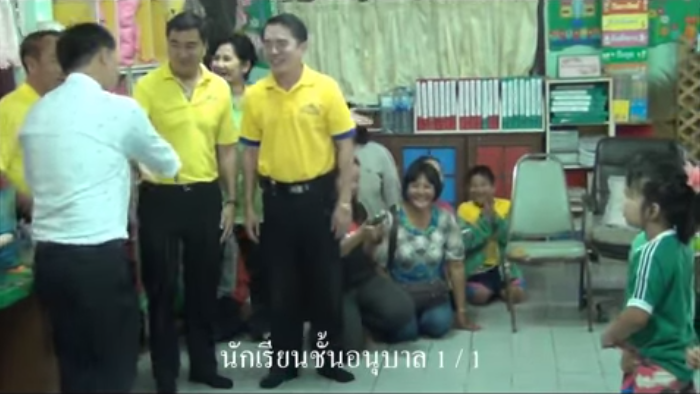 The heads of the little ones started moving from left to right when more than 20 people suddenly filled the room. Their presence made some of my students smile. It was as if they knew it was their moment to shine – to show to the visitors what they know. However, others showed confusion. Um, perhaps more like nervousness. I worried that they would not like the idea of having too many people around, hence, they won’t answer my questions.

Once again the flickering flashes of camera came back; filling every corner of the room. I was stunned though, when my students automatically stood up and greeted Mr. Abhisit and his team. My students had them with just a simple “Good morning.”

Here’s the video of what exactly happened during that day. My class was the first to be observed, then K2 with Ajarn Lloyd.

Dr. Warong said that Abhisit was impressed about the result of the pilot project. In just two months, the students listening and speaking skills improved. I think everyone present during the observation could attest to that. As teachers of this project, we are beaming with happiness in its highest degree.
Facebook Comments
0 Shares
Share
Tweet