Skip to content
0 Shares
Share
Tweet
The first week of the pilot project under the direct supervision of former MP for Phitsanulok Dr. Warong Dechgitvigrom concluded today. For five days K1 and K2 students at Wat Sapanteesam had their first English exposure from Filipino teachers; from us. It was tough yet fun. Tiring yet enjoyable. And I personally believe that we have already established camaraderie among students. 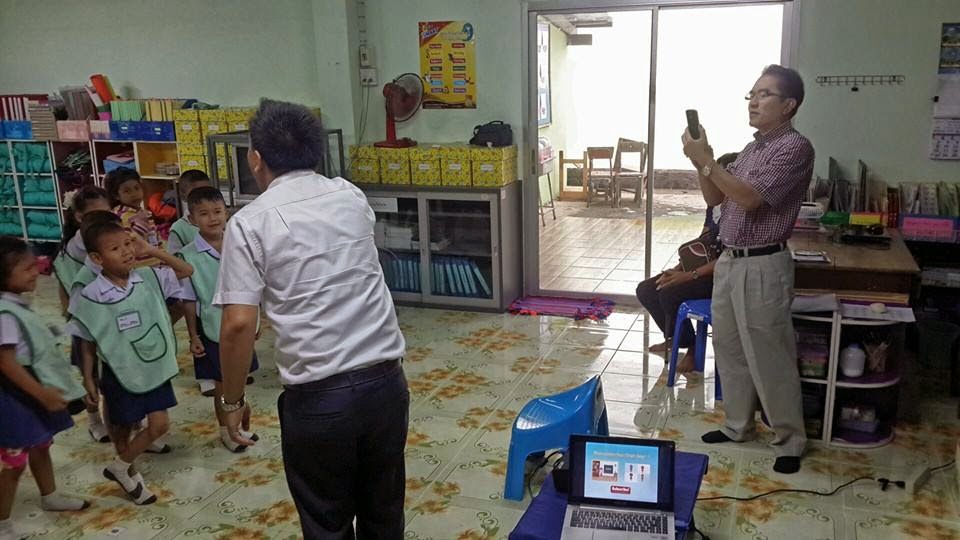 Teaching these little ones who hailed from poor families is really challenging; a far cry from what I am accustomed to. But it’s nice to see that things are slowly changing. The class advisers noticed the change. Dr. Warong saw it too. Even myself is proud of the cute, little creatures imitating every word I say notching up a bit. 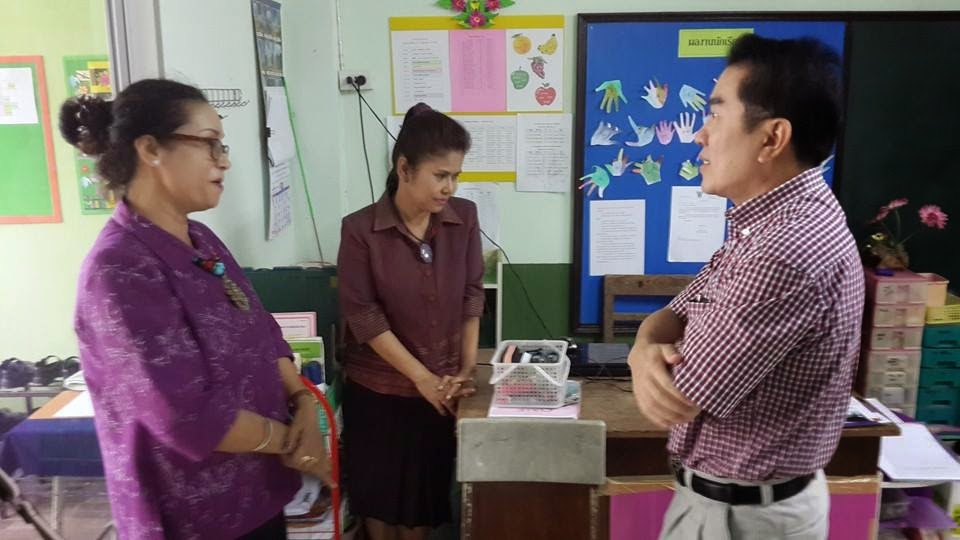 Day 1 – I made an entry on the first day of my teaching stint and talked about how things were met positively by Dr. Warong, the School Director as well as the advisers of each group. If you missed it, you can read it HERE. I taught both K1s and K2s how to answer basic questions such as “What’s your name? How are you?” and the like. I also review them and recited together with them the ABCs. But when I asked and showed them a random letter, most of them struggled; others remained mum. It was a relief though to find a student or two who answered the questions correctly. I realized that ABC’s won’t be such a pain for them if done thru a song.

Day 2 – It was an achievement when, on the second day, all K2 students answered correctly the basic questions I first asked them on day 1. Just for a day, I felt I did accomplish something. I was impressed. And since I had with me smiley stickers (smiley cutouts with double-sided tape) my wife made, I awarded each and everyone as an added motivation. They were all smiles and showed more enthusiasm after. As for K1s however, things were quite different.
Day 3 – I brought a projector courtesy of Miss Leah Doysabas and showed them downloaded Youtube video of the phonics song. I saw joy and amazement when the big screen started to show images. That alone melted my heart. It paved way for them to show more eagerness in imitating the correct sound of each letter. After playing the video a few more times, more student were able to hit the bull’s eye; making me leave the school with a smiling heart.

Day 4 – Upon arriving at the school I saw Dr. Warong’s driver. He asked me if he can take a video while I teach. I said yes and off we went to K1. The kids were having their nap when we arrived. I felt sorry for them when the intern individually woke them up from their slumber (I thought of my daughter). No one was making a move when I asked them to put their hands up, down, etc. They just kept staring at me passively. But upon the introduction of a new song called “One Little Finger,” all eyes were once again shimmering. They were jumping and shouting. Did I just open the Pandora’s box? LoL.

Day 5 – Dr. Warong was once again present. His driver was also there taking the video. And since I was confident that my students were somehow confident, I gave them a little test in front of him. Apart from answering correctly most of the questions and pronouncing the letters understandably, confidence was quite evident. Not much of a dead air, too.

Slowly but surely. I am positive we are going there… 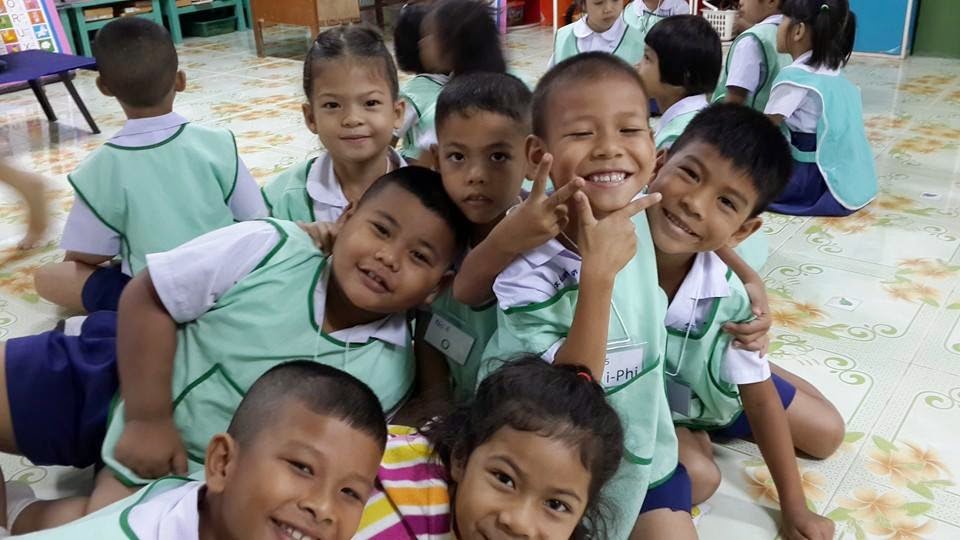 Is teaching little kids my real calling?, a question that popped out on my home.

***
Note: I don’t all by myself take credit on whatever achievement or improvement the students are showing. There are two teachers in this program, me and Aj. Lloyd. The article was written in the eyes of one of the teachers: Me (wink)
Facebook Comments
0 Shares
Share
Tweet