Skip to content
0 Shares
Share
Tweet
There are three different religious groups of Filipinos in Phitsanulok. These groups are Protestants, Catholics, and the Seventh Day Adventists. Although most knew each other, there was not much unification from the said groups. The association which was created by the earlier settlers of Filipinos in Phitsanulok which was named P’lok Pinoyz (P’lok is the shortened name for Phitsanulok and Pinoyz is a slang word for Filipino) is just a name and not fully recognized by others.
But things changed when in October of 2010 the Filipinos in Phitsanulok, Thailand had their first ever election. It paved way for Ms. Leah Doysabas to be elected as the first president of the group fully recognized by the Philippine Embassy in Bangkok. Before the election, Ms. Doysabas was already getting the support and the trust of the group. In fact, revering her as the leader and acknowledging her as such has been put into practice by most of the members even before the casting of ballots.
I have asked quite a few of the members about their perception towards our leader. Most of the things I received were all positive. Everyone likes her way of managing the group and delegating the tasks to her subordinates while monitoring individual capabilities, and setting realistic time frames for goal completion.
Because of these qualities she is again expected to lead the group in this year’s election. I am sure most, if not all, will vote for her even if she once told us that this is her first and last term. Do you think it’s possible if the the voices of the people only shout no other name but yours? 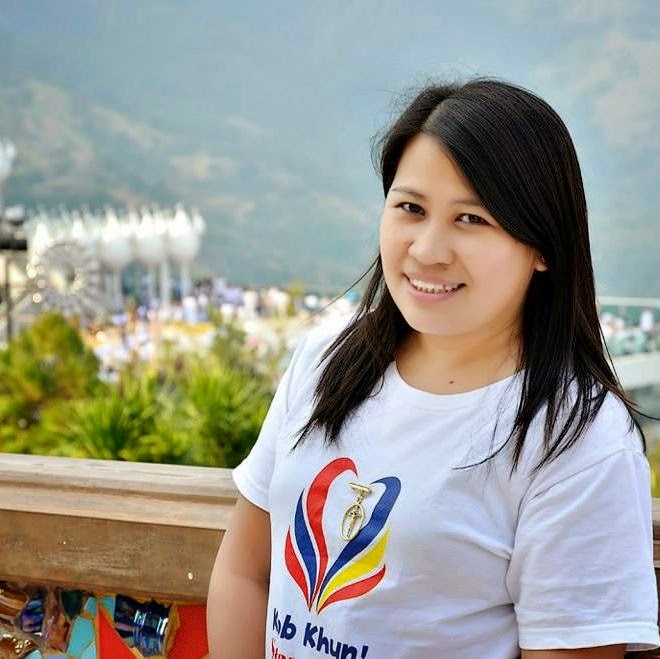 Kudos to Ms. Leah Doysabas!
Note: The article above was first posted on an online publishing webpage about three years ago entitled “What makes a good leader”. Unfortunately, Triond slowly lost its active members and was later stripped off the “credibility” award due to some issues like low and delayed payments to its contributors. As for me, I wasn’t really affected. I just personally stopped writing and kissed it goodbye more than a year ago. And since I’ve got some articles still posted on their network of niche websites, I am now starting to salvage what’s left of them. LoL.
Why this article?, you may ask. Since today is Ms. Leah Doysabas birthday and given the fact that I’m financially incapable of buying her a gift, let me make this article some sort of a “Thank you” and lil gift for leading the P’lok Pinoyz for the first two years the organization was formally formed. Yes, some activities weren’t that successful. Yes, you were not a perfect president. But you did everything in your power to gather all the people to stop burning bridges. Did I mention most of your ideas were put into reality?
Many happy returns, Ate Leah. May GOD bless you more!
Facebook Comments
0 Shares
Share
Tweet