Skip to content
0 Shares
Share
Tweet
Prime Minister General Prayuth came under criticsm after the PM appointed 12 soldiers to the 32-seat Cabinet, a few seats short of half. 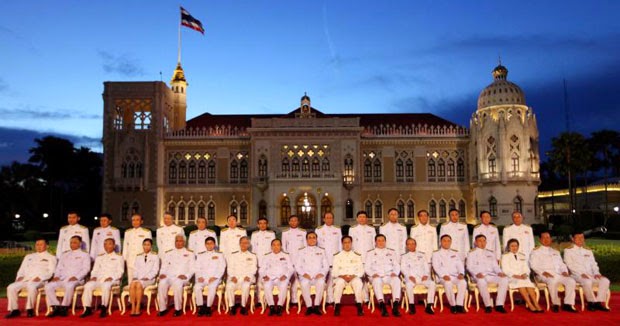 People started asking why there are too many soldiers behind the newly-formed government which is expected to lead the country for a year or so.
“Critics now are bugging us about having too many soldiers. I have given this deep thought. Not having soldiers is impossible because the country is struggling with a stability problem.
“Some people said I would pick senior colleagues from the same military clique. The point is not where these people are from but the fact is I cannot do without people whom I trust. Please, do not be too suspicious and pay too much attention to the individuals,” Prayuth said, begging the public for understanding.
Nobody knows what the future holds but the new premiere is now being tested whether he can navigate the vast, turbulent ocean as the captain of the Land of Smiles. He is making history. He is starting now.
Facebook Comments
0 Shares
Share
Tweet