Skip to content
0 Shares
Share
Tweet
I remember a few months back of the same-sex marriage of two Thai ladies. The incident which made rounds on social networking sites was also widely covered by the national media. It was on my feeds for several days, appearing mostly from my Thai students’ page who shared the story.

It’s a taboo and I’m sure everyone will agree, but I don’t think Filipinos receive it the way Thai people do. “Acceptance” (the way I personally label it) is more evidently seen here in Thailand as opposed to the Philippines.

Well, let me just share the story which for the record, is starting to appear in my feeds.

UDON THANI – Two gay partners tie the knot in the presence of the mayor of Udon Thani province on Saturday night.
Maitri Chotipinit and Chirasak Klangboriboon have been dating for four years before they decided to get married, their friends and family at the ceremony said.
Their wedding, which took place at Mr. Maitri’s house in Don Udom community, was blessed by Udon Thani Mayor Itthipon Triwattanasuwan and senior family members of the bridge and groom.
As he gave traditional blessing to the couple, Mr. Itthipon joked that he was very nervous at first because he did not know which person should be addressed as “bride” or “groom”. 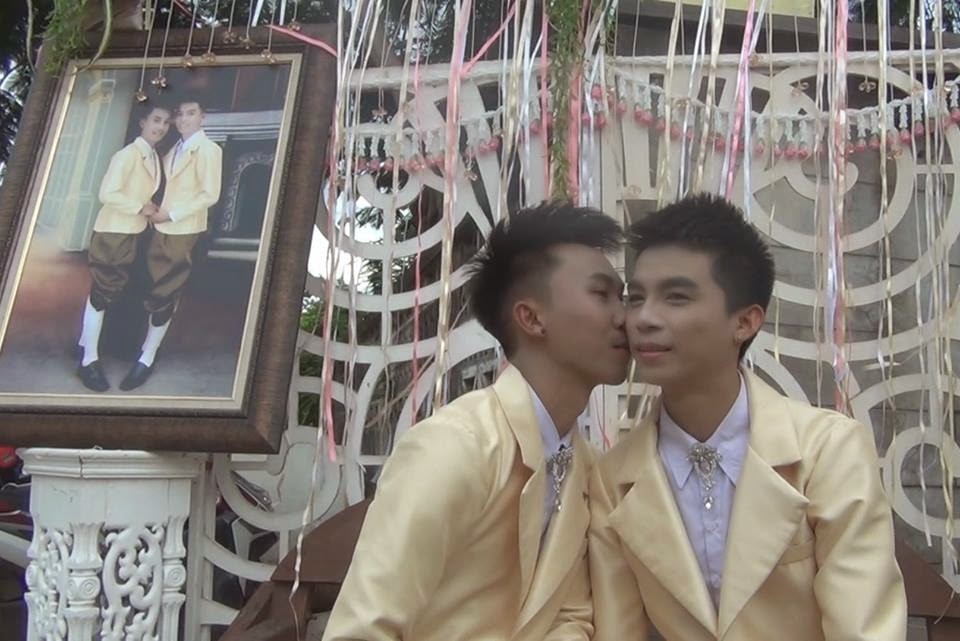 “I thought, I will call whoever dressed as man the groom and woman the bride, but they end up dressing in the same way!” the mayor said to the laughter of the guests, “I had to ask my deputy to know which one is the bride and which one is the groom.”
He later struck a more serious tone and praised Mr. Maitri and Mr. Chirasak for coming out.
“Your wedding is a brave action,” Mr. Itthipon told the newlyweds, “You are brave for expressing yourself to the society. It is a good example for other gay couples.”
Mr. Maitri, a curator at Udon Thani Municipal Museum, said his and Mr. Chirasak’s families welcomed his idea of marrying Mr. Chirasak. They first met when Mr. Chirasak, who was a college student at the time, visited the museum where Mr. Maitri was working as the curator, according to Mr. Maitri.
Thailand is known for a relatively high tolerance toward gays, lesbians, and transgenders, compared to other socially-conservative nations in the region, such as Myanmar or Malaysia. 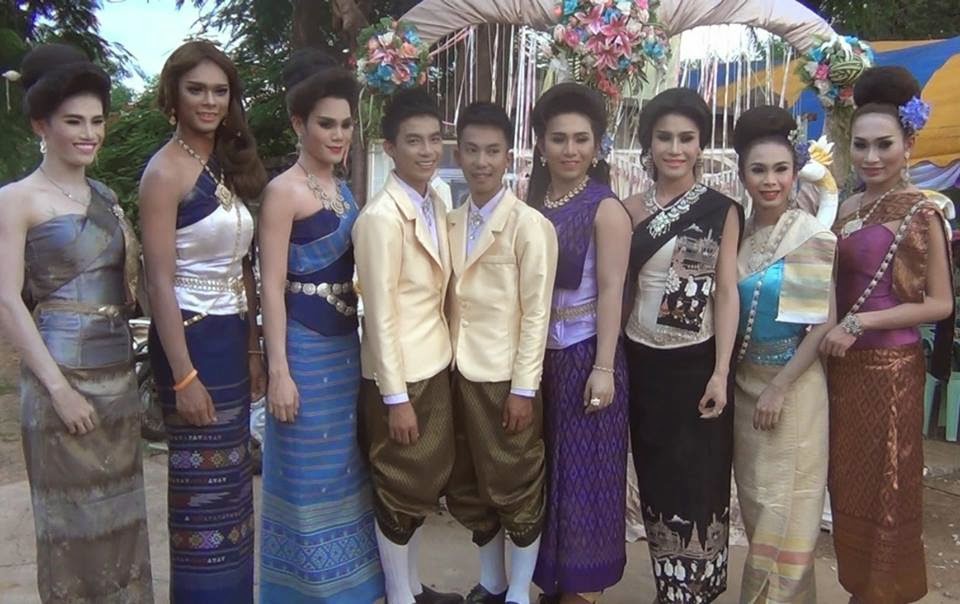 Although Thai laws do not recognise same-sex marriage or civil partnership, many Thai gays and lesbians publicly married their partners and live as couples, while a number of gay rights activists have been pushing for a legal recognition of same-sex matrimony in recent years.
However, Thai gays and lesbians still face some levels of discrimination. In 2013, UNESCO reported that “nearly one-third (30.9%) of self-identified LGBT students reported having experienced physical abuse, 29.3% reported verbal abuse, and 24.4% reported being victims of sexual harassment because of their sexual orientation or gender identity/expression.”
Last month, ultra-nationalist ASTV Manager newspaper published a “parody piece” that fantasizes about a transgender anti-coup activist being raped in prison by other male inmates because of her protests against the military junta. The piece caused an uproar on social media, and the newspaper later removed the online version of the story.
Facebook Comments
0 Shares
Share
Tweet