Skip to content
0 Shares
Share
Tweet
I went to Dr. Warong’s house yesterday afternoon for our regular English session. In case you don’t have any idea who he is, Dr. Warong was a former Member of Parliament for Phitsanulok. He is with the Democrat Party headed by former Premiere Abhisit Vejjajiva.

Read: UP CLOSE AND PERSONAL WITH CONGRESSMAN WARONG OF PHITSANULOK
I once told him that me and some teachers at Rajabaht University are currently conducting English classes to kindergarten students at five tessaban schools. So prior to the meeting, I was already informed through a phone call that his pilot project of giving English classes to a chosen school who can’t afford to hire foreign teachers, will be the topic of our discussion.
His vision of having Thai citizens who can use English confidently and fluently in the future is his primary concern. Thus, the request to help him in achieving his goal came into picture.

Read: A FEW REASONS WHY I PREFER TEACHING ADULTS 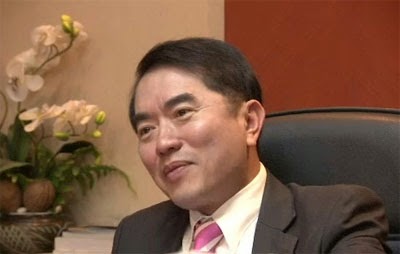 Firstly, he asked which among five schools I have the most confidence in conducting the project. After telling him which school, he said he’s gonna speak to the school director before the start of the project for a smooth transition.

To give you what the project is about, let me tell you what I know. Dr. Warong flew to Singapore two months ago to observe their system of education, and to know as to how Singaporeans are able to speak many languages with almost equal command. His team also observed students at leading schools in Bangkok to understand fully what to do when the project starts.

Read: ARE YOU A FAN OF TEACHERS HITTING THE STUDENTS?
He said he is doing the unconventional. Instead of hiring foreign teachers to teach high school and university students which has been going on for years as the focus of the government, he will focus more in building a strong foundation, and that is to start at kindergarten level, more specifically to poor students enrolled in temple schools.
At some point I am starting to feel the pressure because his target teachers are Filipinos. The pilot project will run for three months starting next term. If it goes well and the outcome is what they are expecting, the possibility of continuing the project will be imminent. It is therefore my work to scout for teachers who’ll be able to contribute to the students’ development.

Once again if this becomes successful and their party holds the government, we’re not talking of Phitsanulok schools only. We’re talking of schools across the country. And that means more jobs for Filipinos.
Facebook Comments
0 Shares
Share
Tweet