Skip to content
0 Shares
Share
Tweet
Some teachers in Thailand have their share of horror stories from their former employers. There are those who suffered emotionally after receiving words that they were incompetent, irresponsible, a big mistake, etc.
In a way, we really can’t blame the schools. There are two sides in every story and there are “teachers” out there who fall in the fly-by-night category. If you are the school and one of your teachers left, it is indeed a pain in the ass to look for an immediate replacement so as to cover the classes.
But I know someone who, for some reasons, suffered tremendously from his employer despite the fact that he laid his cards on the table honestly. Let me tell you his story…
He worked hard for two years in a certain school in Phitsanulok. He conducted camps and training so as to help both students and teachers. He had a nice rapport with his students, and he never had problems with his colleagues. However, the other side of the grass was greener, prompting him to let the school know of his impending departure.
Unlike some teachers who just disappeared first thing the next morning though, this guy nicely asked the school’s permission of letting him go. He promised them he will look for someone that would replace him, of which, the school nodded in agreement.

As the date of his departure was closing in, the verbal agreement he had with his school seemed to be flying away. From the simple agreement of a replacement, disregarding the degree, the school changed the qualification and asked him to recommend someone with an education degree or background. Days later, he did what he was told. He asked his friends to visit the school. But for some confusing reason, those real teachers didn’t even receive an interview. They were told to simply fill out a form and wait for the call, but no call was received. 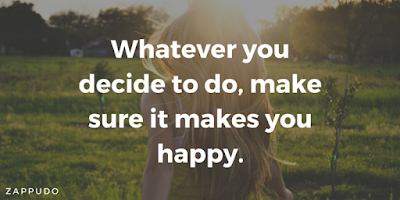 More days passed. He handed his resignation, expecting to be given a cessation letter. But what he got was a promise that the cessation letter won’t be signed. He was also told that he if leaves, they will require him to pay at least a thousand baht an hour which when computed, it amounted to about 280,000 baht. The problem? 3 months advance notice should be given by employee to the employer as stipulated in the contract. He fell short of a month and a half. Although the 3 months advance notice was clearly written in the contract, no fine amounting to 1,000 something baht was written though. Was that a threat?

The school where he applied was also feeling anxious. They weren’t sure if he can make a nice exit from the old school. They told him to contact them if he needed help or whatnot, legally or simply just an advice. He was then given a week to decide whether he can move out or not. The new school cannot wait forever.
With this, he went to the Ministry of Labor and asked them of the things he needed to do. He was told it wasn’t serious. There may be a fine, but not that much. He was advised to resolve the issues peacefully with the employer.
He asked his school what exactly they really need, and was surprised upon hearing they were now looking for native speakers. With the one week grace period given drawing to a close, where in the heck can he find a native speaker?
This guy is now jobless. He felt so cheated. He cannot believe that his honesty and his concern toward them were the same reasons that were used against him. Although he was late in giving the notice, he never left the school hanging with no teacher. He nicely asked them. He recommended his friends. At the end of the day, his old school left him suffer.

Note: Names of both the person and the school involved were both withheld.