Skip to content
0 Shares
Share
Tweet
Words about Thailand Immigration’s new rules of banning tourists who overstay in the Kingdom brought both fear and confusion to majorities of tourists visiting Thailand. At the time of its announcement, things weren’t that clear as to when it will be implemented, and if it will REALLY be implemented.
Read: BORDER RUN- IT’S A MISTAKE TO MAKE MISTAKE
But it seems the Immigration Bureau isn’t joking. The new rules are now officially confirmed. Overstaying in Thailand has now some serious repercussions. 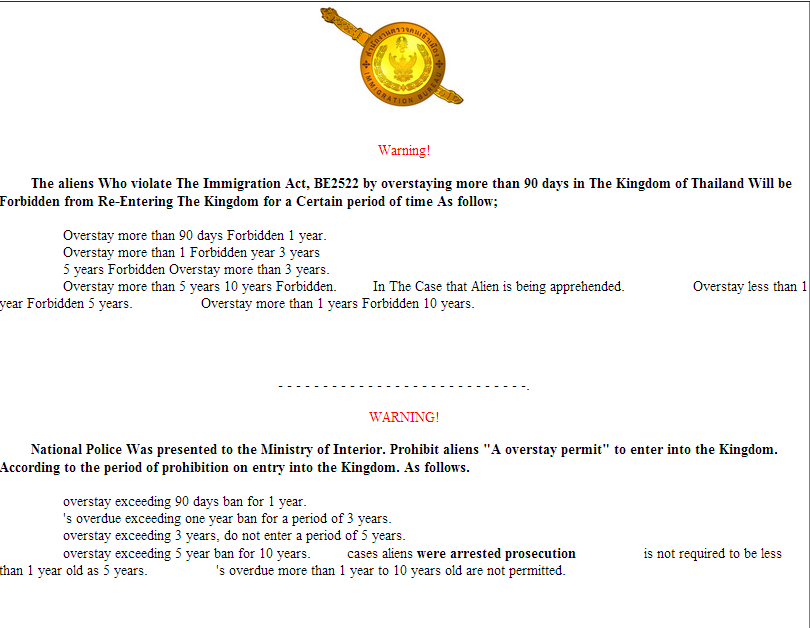