Skip to content
0 Shares
Share
Tweet
More than one hundred soldiers and some police officers from Police Region 6 raided La Paloma Hotel on June 8 searching for anti-coup activists. However, they inadvertently discovered an illegal casino with purported links to senior police. 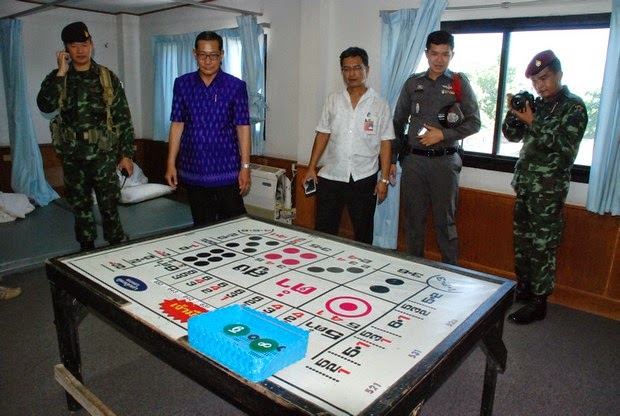 La Paloma was just a stone’s throw away from where I live. I’d noticed many times in the last few months men in uniform outside the hotel with their pick-up trucks parked nearby. Well, they probably attended meetings or some sort of parties. But because of the news I somehow doubt their former gatherings. Even the people in my neighborhood who probably been here forever were surprised themselves that La Paloma housed a gambling den.
Anyway, the officers who raided the hotel found a large hall converted into an illegal casino. No gamblers present during the raid though.
Facebook Comments
0 Shares
Share
Tweet