Skip to content
0 Shares
Share
Tweet
Birthday is a day when celebrants usually prepare sumptuous buffet for the guests. A merrymaking day of balloons, games and similar stuff. Today however, is a different story. Yes, today is my sister’s birthday but we are not only celebrating the gift of life given to her because today, same day of her birthday, is the day of our father’s passing.
I just turned fifteen when my father passed away. Old enough to understand that life is of great importance. It was raining hard and I was at my friend’s house doing our school project in industrial arts. Then, i felt a surge of panic inside me – as if something hit me. I mentioned it to my friend and asked for a glass of water. He thought I was just joking because i was known as a funny guy with lots of jokes ready to be delivered anytime. I started feeling uncomfortable. I didn’t know why.
It rained harder when I was prepping to go home. My friend told me to stay and wait for the rain to stop. That was a good idea I’m sure you will all agree. However, something inside me was telling me to go home.
I arrived around seven in the evening. When i entered the house all eyes were on me. My little brother was crying, so as my aunts (mom’s sisters). It didn’t take long before i realized that something was wrong. My aunt told me to wait because my sister who was in Manila with my mom and pop will call me. The phone rung. I picked it up. I heard my sister’s gasping for breath with sobs in between. Then, she told me something that crushed me. My world collapsed. I started to sob, then cried. I cried and cried and slept very late. It was very tragic. 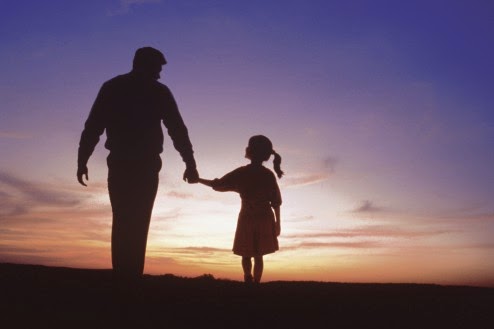 The following morning, i thought everything was just a dream. My brother called me to have breakfast. I saw his swollen eyes and the realization of last night’s event came back. I went upstairs and cried again. I lost my appetite. After couple of hours, the phone rang with my mom on the other line – crying. She told me to book a ticket because pop’s burial will be in his hometown. Because of the news, I went to school to tell my teachers and friends that I’m not going to be around for a couple of weeks. I saw my classmates’ sad expression which add more loneliness to what i felt. But of course it made me feel somewhat alright because i know that they care. Then a little later, someone handed me a heavy little box full of coins. I didn’t know that they entered almost all the rooms at school to ask for donations, and that they knew everything already. I smiled because it was a little heavy. I thanked them. They smiled back.
The trip to my father’s hometown was like forever. I want to see pop even inside the coffin. Mom said we will be two days ahead of them. When i saw a coffin covered in carton, i started to cry. My mom, my sister and relatives cried hard too. We were oblivious from stares of people around. I can’t say much or even think of something to say. I was just crying.
Eleven years passed but nothing has change with what we feel during this day. It’s my sister’s birthday but our father’s death day at the same time. Yes, we still celebrate my sister’s birthday but not the usual celebration of balloons, games and similar stuff.
Originally posted in Bukisa on 24th July a few years back. The exact date of my sister’s birthday and my father’s passing. Reposted here as a tribute this Father’s Day….
Facebook Comments
0 Shares
Share
Tweet