Skip to content
0 Shares
Share
Tweet
The military has announced earlier today of a coup following the ongoing political unrest between the government and the PDRC protesters headed by Suthep Thaugsuban, an ex MP under Democrat Party.
This move according to the military is a way of maintaining peace and order especially in areas occupied by two opposing forces, the government supporters and the protesters. They added that people can still do their day to day business. However, a curfew from 10 pm to 5 am was announced and will be enforced tonight. 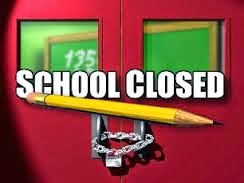 The military’s National Peace and Order Maintaining Council (NPOMC) has also ordered all education institutes across Thailand to close for all activities between Friday and Sunday.
Col Winthai Suvaree, the army deputy spokesman, announced the order on national television at 9pm.
Let others know.
Facebook Comments
0 Shares
Share
Tweet