Skip to content
0 Shares
Share
Tweet
A college professor in a school in Mandaluyong was arrested  by NBI when one of his students filed a sexual harassment complaint against him.
According to the 17 year-old student who was traumatized and shaky when he showed up at the NBI office to file a complaint against his professor, he was in danger of getting a failing grade for not taking the prelim and midterm exams. However, Mr. Faustino Ticman offered the young man a passing grade in exchange of sexual favors. 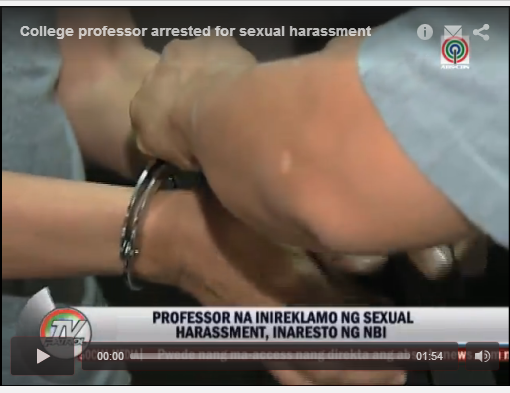 But the NBI was quick to act and apprehended Mr. Ticman after he sent a message to the student inviting him to go to a motel.
Facebook Comments
0 Shares
Share
Tweet