This amazing story below will help restore your faith in humanity. 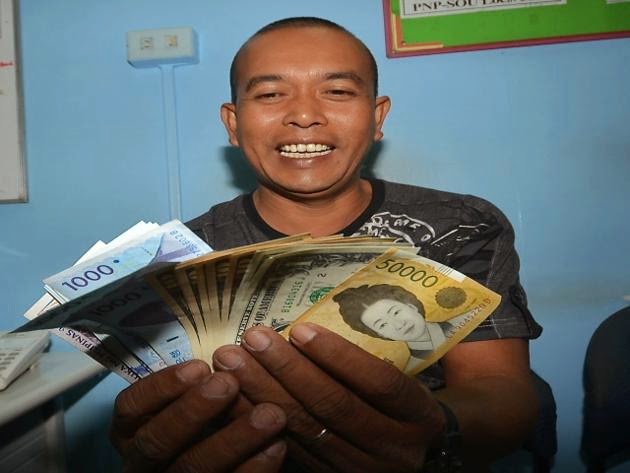 While waiting for his cousin’s arrival at the airport, a tricycle driver in Batangas has found and returned a wallet he found.
Forty-five-year-old Gerardo Bendicio Jr. picked the wallet up after he saw that vehicles and people just passed by, he said.
“Dina-daan daanan lang po ng mga sasakyan at tao yung wallet at ng aking pulutin doon ko po nalaman na ito ay pag aari ng isang dayuhan at may lamang pera,” said Bendicio, who hails from Tuy, Batangas.
Bendicio, then took the wallet with him to Batangas and sought the help of Police Supertintendent Gerson Bisayas of the Batangas provincial office at Camp Miguel Malvar. The officer then coordinated the matter with Major Melchor de los Santos of the police of the Ninoy Aquino International Airport (NAIA).
The wallet contained more than P24,000 in cash and other foreign currencies and was owned by Kim Jae Seong and Kang Hyoung Huan. Bendicio said he never thought about pocketing the money at all even though he only earns P300 a day as a tricycle driver.
For his part, Major de los Santos said the agency will coordinate with the Korean Embassy to inform the owner.

“They’re certainly entitled to think that, and they’re entitled to full respect for their opinions… but before I can live with other folks I’ve got to live with myself. The one thing that doesn’t abide by majority rule is a person’s conscience.”
― Harper Lee, To Kill a Mockingbird
Source