Skip to content
0 Shares
Share
Tweet
A photo of the Grammy-Award winning singer – songwriter Bruno Mars holding pirated CDs of his own music in Bangkok goes viral. The photo was first posted on his Twitter while sightseeing in Thailand’s capital after his show on Thursday.
“Got these Bootleg CDs #WhatayaGonnaDo? #Bangkok,” tweeted Mars. 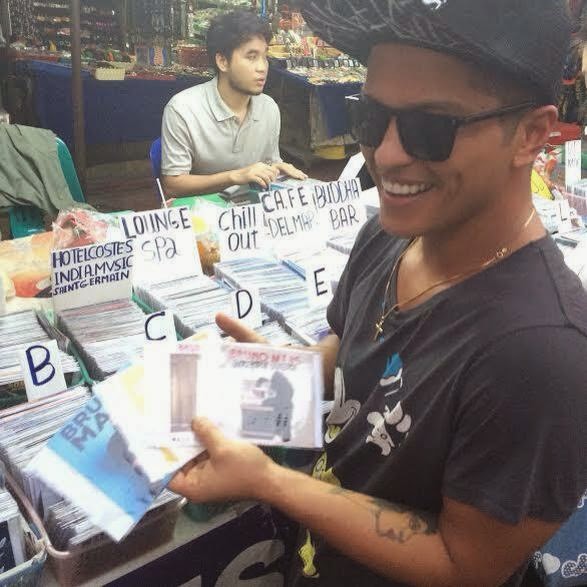 The pop star was smiling with three CDs on his hands, and seemed to be amused of his own discovery.
The vendor on the other hand wasn’t aware that the pop star was checking his pirated products.
Mars has about 18 million Twitter followers. Some of his followers from Thailand expressed their embarrassment about the pirated CDs and the way they are openly sold in the market.
Facebook Comments
0 Shares
Share
Tweet