Skip to content
0 Shares
Share
Tweet
The world witnessed what happened to the Philippines after super typhoon Yolanda made its landfall on November 8. The category 5 typhoon completely reduced to shambles even concrete buildings and houses, and thousands of people are feared dead. 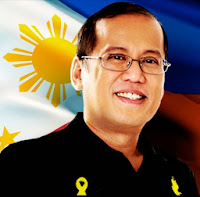 Countries around the world pledged for financial and medical assistance to help those who suffered. With that, the Philippines is most grateful. However, because of too much corruption in the country, some people are skeptical whether the assistance given will be equally distributed especially to those who need it the most.

Here’s to transparency and honesty – a letter written by an OFW named Katherine Whellams. May this epistle enlightened the eyes of each and everyone of us, those who are holding positions in the government, and the president in particular.
Mr President,

I am writing in behalf of the millions of OFW’s from all over the world. We are deeply saddened by the series of tragedies that have happened recently in the Philippines over the past few months, but in particular, the devastation brought by the typhoon Yolanda. As Filipinos abroad, we are extremely grateful and overwhelmed with the amount of well wishes, attention, sympathy and aid we have been receiving for our fellow countrymen, all over the globe.

Mr. President, being the leader of our country, I would like to make this earnest appeal in assuring us and our fellow countrymen abroad that all aid, whether financial or in kind, would go straight to the victims of the typhoon. For very reason that this is the time when our fellow Filipinos, in Tacloban and other nearby provinces, would need the utmost help, whether locally or from overseas. It is therefore our moral obligation and necessity to ensure that EVERY CENT of these donations IS ACCOUNTED FOR.

You have encouraged our foreign counterparts to help, but as of the moment most are reluctant to extend a hand due to our bad reputation, when it comes to ‘foreign aid’. As a Filipino Citizen working abroad, and contributing to the betterment of our country and its image, might I propose the following:

1. Create a committee that will oversee how these donations are being spent.

2. Choose good people who do not have any intention of furthering their own interest over helping people i.e. religious leaders, credible NGOs (Caritas, et al), student leaders, and people with a good moral standing in the community.

4. Create a program (accountability and audit included) along with the along with the monetary and material aid to the LGUs – holding every Mayor, Governor, Congressman, Barangay units accountable for every cent. Show the world where every cent went down to the last blanket.

5. Create a website where people can see updates and progress being done, help being given, and communities being rebuilt. Let them see and verify the transparent implementation of aid. Again, transparency is the key. It will bring about a better way, namely – a more honest and efficient governance.

Mr. President, there has never been a time when the eyes of the world are on our nation. This is the time to show and prove our honesty, resilience, and humility as a people. Amidst the political scandal of PDAF, and other accusations of corruption under your administration, it is quite imperative to demonstrate to every Filipino, and to all that your government is indeed TRANSPARENT. In doing so, Mr. President, you will pave the way in restoring our faith in the ability of government, in these most ominous of times.

Let us use this very unfortunate tragedy to rise above politics and initiate a change towards more honest and more successful country. We all deserve it after all.