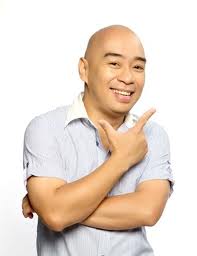 Parokya ni Edgar frontman Chito Miranda and girlfriend Neri Naig’s lovemaking video scandal took the Philippine netizens by storm last month. This month however, Eat Bulaga’s Wally Bayola and EBB dancer Yosh took the center stage as both are embroiled in a similar video that started to circulate on Monday, September 2.
The said video shows a man and a woman, believed to be Eat Bulaga’s host Wally and EB Babe dancer Yosh engaging in a sexual act.
Unlike Chito and Neri who are both single, Wally is a married man with five children. The EB Babe dancer Yosh on the other hand is not yet known whether in a relationship.
I’m sure that those who already knew about the said video will have their eyes glued on TV, waiting for Wally to break his silence or at least watch the show’s episode to see how is he going to react.
Facebook Comments
0 Shares
Share
Tweet