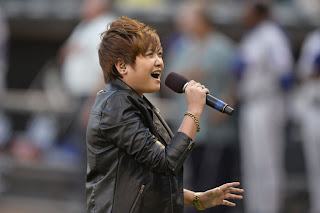 After Charice revealed her sexual orientation a few months ago speculations within the music scene and the people who know her started to flood. Some said that her revelation will be the end of career with no future recognition or whatnot. Others said she won’t get any invites anymore from stations locally or abroad. And her rags to riches story will be but soon forgotten.

But those were merely speculations because Charice has just been added to the latest edition of Guinness Book of World Records, the 58-year-old world-famous book of records.

She is listed as the “youngest winning judge” of the X-Factor Philippines shown in the country last year. She mentored KZ Tandingan who owned the show with her stellar performances, and later became the first ever winner of the said competition.

Below is the entry recorded in the book.

“Charice (Philippines, b. Charmaine Pempengco, 10 May 1992) was 20 years and 150 days old when she mentored KZ  Tandingan, (b. Kristine Tandingan) to victory in the first season of the X Factor Philippines on 7 October, 2012,”