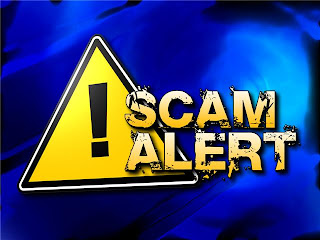 There are several facebook groups/pages of Filipinos working in Thailand. Some of them accept members from anywhere in the world where one can post anything they wish even at times not within the bounds of the discussions or the aims of the group. Majority of them fortunately are dedicated groups aimed in fostering friendships, and use the site as an avenue for information sharing.

But not just information, achievements, or the plight of the Filipinos are now being shared in some pages. These pages are also good source of exposure for people advertising their products, and to those people involve in network marketing.

However, with all these networking scams and fraudulent activities perpetuated by certain companies or individuals we see on TV and the internet, it is but a must to question the authenticity of every job offers and ads especially found online, and to be cautious at all cost. The internet is a library of the many horror stories of people who fell victim to scammers – losing not only their hard-earned money, but more so, their trust to people.

As an employee it would be better to look for a company that practices transparency. You know, the kind of place where you see what really is going on with no hiding or anything similar to that effect. If you are an employer looking for an employee, lay all your cards. Tell them exactly what you are looking for, the benefits, and things you think would entice more applicants. Doing these will make the good ones stand out. You wouldn’t want the not so good ones working for you, right? And of course, try to be civil in answering queries straight up – no beating around the bush.

Why am I saying this? Well, there was this lady who posted a job ad on the facebook page here in Thailand that I’m a member of. As for me, the ad wasn’t just clear. She said she needed people who are already in Singapore, Kuwait and I think in three more countries which I can no longer recall (Thailand not included) to work for their offices there. She mentioned about the benefits and so was the qualifications in a limited scope. Simply put, I don’t know exactly what type of job is being offered. She also wants the applicants to send private messages for any questions they have in mind because comments on her post won’t be entertained. It’s her prerogative I know but as I mentioned earlier too, I simply didn’t see any transparency in that act. And the information given was somewhat misleading – or perhaps not clear to make it lighter.

And so I commented by asking a question as to why comments won’t be entertained. For the most part, I think it would be better for people to comment so others will know what really is the job and things they needed to know about the job. The more people who can read the comments, the faster she can make the positions filled.

There I mentioned the word “scam” not as an attack to discredit her. In fact, it wasn’t literally for her. It was some sort of a reminder for the people to be cautious in any transaction they plan to do in the future. By any means, it was just an opinion.

Unfortunately, she took it negatively. She said I’m attacking her and accusing her as a scammer. “Why do you say I’m a scammer? Do you know me?”. To which I replied, “Do you think I am so quick to judge? I don’t personally know you and it would be improper to say things that aren’t good about you because of your post. Please do read my comments again and tell me if there’s any attack literally meant for you.”

Unbeknownst to me, there was this guy who was already exchanging messages privately with that same lady while I was busy discussing our misunderstanding. A few minutes later, the guy posted on the group’s wall to check his timeline about his conversation with the lady. There was a lot of rude comments this lady made like, English lang po yan kaya pangit pakinggan. Pero pag tinaglog ko yan. Hindi pangit yan Sir.” and “Bye!!! Sorry but you did not qualify! Manuod ka na lang ng manuod ng maya at sir chief!”

I’m sorry but as a respect to the guy who don’t wanna be named and don’t want their entire conversation to be put in the limelight, I’m not gonna add more. But by the looks of it, her words didn’t sound she’s giving everything out. She can’t even answer simple questions and when she does, she does it with rudeness. If she can’t answer simple questions in a nice way, how can she answer more complex ones? She insisted during our talk that she ain’t a scammer which for a moment, I gave her the benefit of a doubt. But I don’t think I can give it to her. Not now. Not anymore.