Skip to content
0 Shares
Share
Tweet
I taught a six or seven year old boy a few years back. Everything seemed to be fine as he was laughing uncontrollably with the jokes I threw him, even to the not so funny ones. Little did I know that the sudden move of his right hand was to picked his pencil up. A fraction of a second later, a painful long “awww” came out of my mouth. A clear indication that he hit me big time. 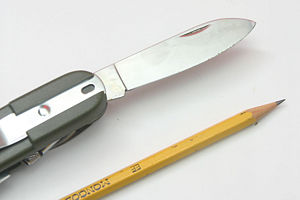 There was no trace of feeling sorry on his face or even a tiny amount of being scared. In fact he laughed more upon seeing a pain on my face, as if the pain was just as funny as the jokes I cracked. He thought nothing was wrong as I managed a fake smile.

I didn’t tell the admin or even the parents of the child. After all, I believed it was a random act. The other days with him were pure fun and no body contact such as the one mentioned above. Perhaps he was just too overwhelmed and wanted to be an action star in his own right because I managed to be a comedian myself that day. Apart from that, he’s just a boy.
I stopped doing classes with the boy. Not that I feared for my life. The course ended and he decided to bid farewell for good.
Anyway, my experience was no way scarier than the teacher in Chat Trakan Witthaya School in Chat Trakan district. He was allegedly stabbed by one of his students using a 30 mm blade yesterday. He was taken to the hospital and was in critical condition following the attack. His assailant, according to another teacher at the same school, has a history of mental illness. So I guess he was having problems and his mind went dark. Who knows.
Fortunately, the 37 year old Banjong Inthuphum has been stabilized and is expected to be out from the hospital soon.
Facebook Comments
0 Shares
Share
Tweet