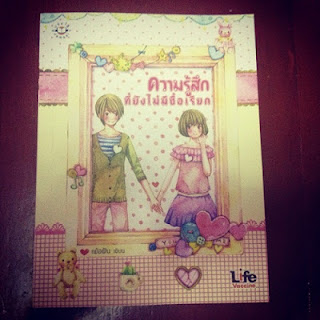 Ninety nine percent of memos and notices I always receive at the university where I work are normally written in Thai. Just so you know, my speaking sucks but my reading sucks even more, too. In fact, I still cannot read a single sentence in my over five years of working in Thailand. If you are someone who cannot read Thai and people sending you messages knew you are not Thai, would you consider it as a bummer, a disaster, or a pain in the ass? I would.

I asked myself many times as to when will the university starts writing documents in English. With the AEC’s effectivity in 2015, this should not be taken lightly. Imagine the burden of getting something you don’t have any idea about. Bummer, right? But time taught me to understand that the person in-charge knows little English. Help is fast anyway if you ask him even in “Thailish” that sometimes he alone understands. I also perfected the art of having to ask someone to do the translation for me. Thanks to my colleagues who never cease to help me in anyway they can. Also, this is something I don’t really mind much these days. I’m used to it, I guess.

Anyway, I received a small token from Congressman Warong of Phitsanulok on Sunday last week. Sunday has become our regular meeting talking about interesting finds, news and politics in general in Thailand.
Read my Upclose and Pesonal Interview with Congressman Warong of Phitsanulok
Beforehand, he mentioned about a book his younger daughter was writing. She got the interest of DTAC to have it published when she first posted line after line of inspirational messages on twitter. Soon enough, it was published.
The book was handed to me after two hours of usual talking. It was in Thai but I wasn’t surprised. I was told that most of the lines written by his daughter were inspired by him and his wife as a couple. True to life to simply put it. He said he wanted to translate it for me but he feared it might have a mixed up meaning. He also added that he wants me to learn more stuff in the book. This is the time to ask my dear friends in the university, then. I thanked him and shook hands with him.
I don’t know what to say but that small stuff given by the “big name” to the “no name” was unbelievable. A first time experience to received something from someone whose name rings a bell to most Thai.
Facebook Comments
0 Shares
Share
Tweet