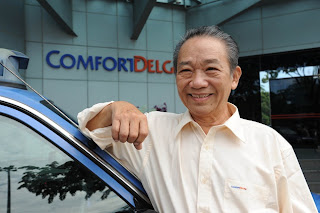 Seventy year-old Sia Ka Tian, a Singaporean taxi driver, was hailed as a hero after he returned the 26 million baht he found on his car’s back seat wrapped in black paper bag. His last passengers were vacationing Thai couple whom he dropped at the shopping center.
The taxi driver was quoted as saying, “When I saw the money, I thought, trouble is here. I was sure there was at least $200,000 in the bag.”
But when the money was counted at ComfortDelGro’s lost-and-found office, his colleagues were stunned upon knowing that the total amount was 1.1 million Singaporean dollars.
“The money is unimportant to me. It doesn’t belong to me, so how can I use it?” He told reporters.
The Thai couple reported the incident to the transport company and the driver who found the money was there waiting for them.
He was rewarded an undisclosed amount by the couple, whose identities have been withheld, and the transport company also plans to throw an award for his good service and honesty.
Company spokeswoman Tammy Tan told AFP, “Finding one million dollars in cash is not an everyday affair and in fact, we wonder how many people would have possibly been tempted to pocket it.”
You are one in a million, sir. God bless you and your family!
PS: I had a similar encounter here in Thailand when I forgot my newly bought DSLR Canon camera on the back seat. I called the transport company and it was retrieved. You can read it HERE.
Facebook Comments
0 Shares
Share
Tweet