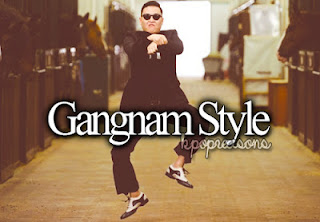 Everyone is into this “Gangnam Style” craze that doesn’t seem to slow down in sweeping the world like storm. Celebrities like Britney Spears and Ellen DeGeneres did the dance move of the said song on the latter’s morning show. It also just got the “most viewed K-pop” title on youtube. As for me, I can’t help but join the bandwagon so I changed my ringtone yesterday. I was technically having difficulty in doing so. But when I finished doing the technicalities of my phone, I thought my “Gangnam Style” tone was great.
Sadly, not all people who are under the spell of Psy’s popular song are celebrating now. Not that they hate the song or abhor the singer for that matter. Let me share the story so you have a full grasp of what I’m saying, ok?
We all know that the world is home to hundreds or maybe thousands of gangs around the world, and Bangkok is of no exception. Two rival gangs tried to defeat the other in a light-hearted dance battle. Unfortunately, things happened not everyone wanted when it turned into a shootout.
The two gangs challenged each other while having their meal in Bangkok one Friday morning by performing the horse-riding dance routine we call Gangnam Style. However, things got out of hand when one gang left the eatery and returned moments later with more members in tow. They then sprayed bullets while the other gang run for their lives.
It’s good to know that no deaths were reported despite the 50 bullets or so  that were fired from the scene. Local authorities are now seeking arrest warrants for those responsible for the act.
Facebook Comments
0 Shares
Share
Tweet