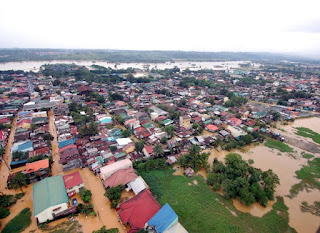 Heavy rains brought by southwest moonson and flooded most of the National Capital Region including nearby provinces has claimed the lives of 60 people in the Philippines according to the National Disaster Risk Reduction and Management Council. Report also said that seven people are still missing. The rain that flooded the Greater Manila Area during the 48 hour ordeal was tantamount to more than a month’s worth of rain. Eighty percent of the capital was sumberged in water and affected 2.44 million people, the council said.