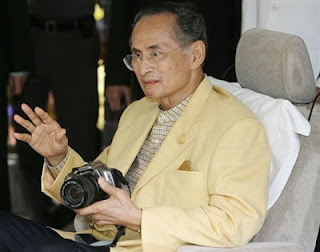 The world’s longest reigning monarch, 84-year-old King Bhumibol Adulyadej of Thailand, experienced an overnight bleeding but his blood pressure and his heartbeat were now normal, an official statement reported on Friday.

Report also said that on Thursday night, the king’s heartbeat increased slightly with intermittent twitching of his right hand. The X-ray revealed that there’s a “minute subdural bleeding in the left frontal area”. After the king was given an intravenous, the seizure disappeared.
King Bhumibol is revered by many of the Thai people and is seen as an important figure in unifying opposing groups during violent political demonstrations in the last seven years or so. He has been hospitalized for three years. And albeit his health has improved in recent months that prompted him to visit the ancient city of Ayutthaya in May – it still is a particular concern for the Thai people.
“Long live the KING”
Facebook Comments
0 Shares
Share
Tweet