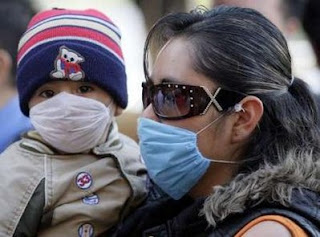 MANILA, Philippines (2nd UPDATE) – The Department of Health (DOH) on Saturday urged airport authorities to be more vigilant in screening arriving passengers at the country’s international airports.
Health Secretary Enrique Ona has instructed the Bureau of Quarantine to be on alert, following an outbreak of a fatal respiratory disease in Cambodia that has killed 61 children.
The health department is currently monitoring the situation through its National Epidemiology Center.
Ona, however, clarified that a travel advisory from Cambodia has yet to be issued.
“There are still no travel restrictions to and from the Kingdom of Cambodia,” Ona said in a press statement. “We are more vigilant in screening passengers at the country’s international airports because of this latest news and there will be no let up until this has been contained,” he added.
The Ministry of Health of the Kingdom of Cambodia, meanwhile, has identified at least 74 suspected patients diagnosed with fever with respiratory or neurological symptoms from April to June.
The Cambodian ministry said 56 deaths were reported in Phnom Penh while 4 more were reported in Siem Reap.
‘Unknown disease’
The World Health Organization (WHO) earlier issued a warning to the Philippines and other neighboring countries of Cambodia of the “unknown respiratory disease.”
WHO said those carrying the disease, which has “neurological symptoms,” usually manifest signs of high fever, followed by respiratory or neurological symptoms with rapid deterioration of respiratory functions.
“WHO is closely monitoring the situation and is providing technical assistance to Ministry of Health on field epidemiology, clinical management and active case finding,” said Dr. Nima Asgari, team leader of the WHO Country Office in Cambodia, in a statement.
WHO said most of the reported cases were under three years old and came from the southern and central parts of Cambodia.
Many of the children diagnosed with the case were admitted at the Kantha Bopha Children’s hospital in Phnom Penh.
WHO said a significant number of patients died within 24 hours of admission.
The Ministry of Health of the Kingdom of Cambodia continues to thoroughly investigate the disease.
Source
Facebook Comments
7 Shares
Share
Tweet