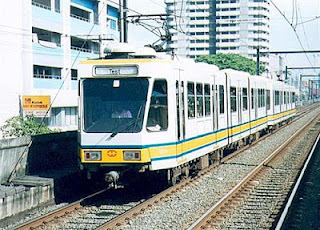 The Filipino bayanihan spirit shone through in the old Light Rail Transit line on Thursday as passengers helped a woman in labor deliver her baby.

Cabrera said in a text message Hutba, her husband, and the baby were brought to the Philippine General Hospital, which is near Pedro Gil station. He said they were escorted by two security guards and a nurse after she gave birth.

“They are now (being attended) by the doctors of PGH,” Cabrera said. He said the baby girl is safe and is in a stable condition.

Cabrera, who announced the birth over Twitter, said the baby might be named “Lilibeth” after Libertad Station. He also suggested “Betty, Katraina, LifetimefreeLRTride” as possible names for the baby girl. He made clear, however, that the baby will not have a lifetime of free train rides.

Cabrera explained it would not be good policy since that might encourage people to give birth on the trains.

Writer and film critic Richard Bolisay commented on his Twitter account that it was something “that happen(s) every day, literally and metaphorically.” Another Twitter user, Gui Cruz, said the incident was “so Hollywood.”

The LRT-1, the oldest among Manila’s three train lines, is known for being cramped especially during rush hours. According to LRTA, it had carried around 54.93 million passengers by April of this year at close to 15 million passengers a month.

On February 28, the line carried 658,627 passengers, the highest ridership so far this year.