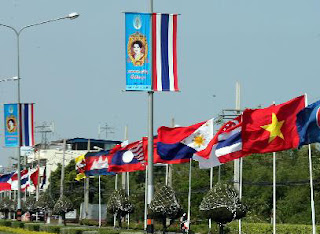 MANILA, Philippines – The head of the Bangko Sentral ng Pilipinas (BSP) said there is no need to come up with a single currency in Southeast Asia just to pursue economic integration among the member countries of the Association of Southeast Asian Nations (ASEAN).
BSP Governor Amando Tetangco Jr. said in an interview that studies have showed there is no need for a single currency just to achieve economic integration in Southeast Asia.
The statement was made amid talks that Greece would exit the euro zone amid the sovereign debt crisis in Europe.
Early this month, Asian Development Bank chief economist Changyong Rhee said Southeast Asia would have to shelve their single currency plans for a while until Europe is able to overcome its financial problems.
“Having a single currency and a large union [of economies] may create problems. Let’s see how they [Europeans] solve their problems and then let’s study whether it is still prudent to have a single currency,” Rhee said in a press conference earlier.
The ADB economist pointed out that it would be unwise for ASEAN countries to begin serious talk about having a single currency when the euro zone countries are still struggling with serious debt and economic problems.
He explained that it would be best for ASEAN members to focus on strengthening their economic ties.
The ASEAN is composed of the Philippines, Indonesia, Malaysia, Thailand, Singapore, Brunei, Cambodia, Laos, Vietnam and Burma.
Rhee said while the advantages of having a single currency include the easing of inter-regional trade, its disadvantages include problems arising from the difference in the prices of goods and services among member states.
Furthermore, he added that having a single currency and an economic union means that a member nation should be willing to share its resources with a poorer member.
Source
Facebook Comments
0 Shares
Share
Tweet