Skip to content
0 Shares
Share
Tweet
Ever heard of a panty-stealing-man? Can you guess how many panties he has at the moment? One, two, three? How about a thousand pairs of women’s underwear stolen by this same man I mentioned and hid them in is car trunk? Yes, a thousand pairs. He was caught and was apprehended by the police in stealing properties of other people. 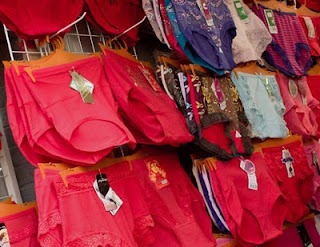 This 48-year-old Thai suspect was apprehended by the police on Tuesday with an accomplice, breaking into a building in Bangkok’s Chinatown. On top of that, they also found thousands more of underwear pairs in the suspect’s place. I really find it creepy! They said he admitted stealing peoples’ underwear starting off when he was 18. And according to police Major General Saroj Promcharoen “He smelled them all the time even while driving,” Now that’s creepier!