Skip to content
0 Shares
Share
Tweet
While browsing my facebook account there were three articles making headlines  on top of my screen of the recently read articles of my friends. One in particular that caught my attention was the news about the King of Thailand losing consciousness. As an alien working here in Thailand with couple of Thai friends, i can’t help but be intrigued. 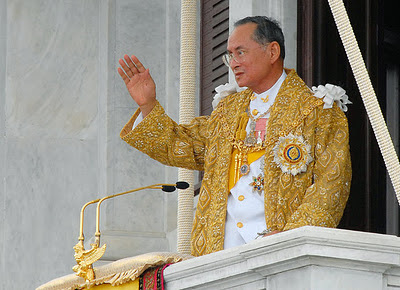 As floods have inundated much of Thailand, including parts of Bangkok and its suburbs, Princess Chulabhorn revealed that it was because of stress over the country’s flood crisis that made the King lost his consciousness. More than 500 have died, central Bangkok is still being threatened, and several billion dollars is the estimate damage of the properties and business establishments across the country.


Here is the link to the news in its entirety. YAHOO NEWS